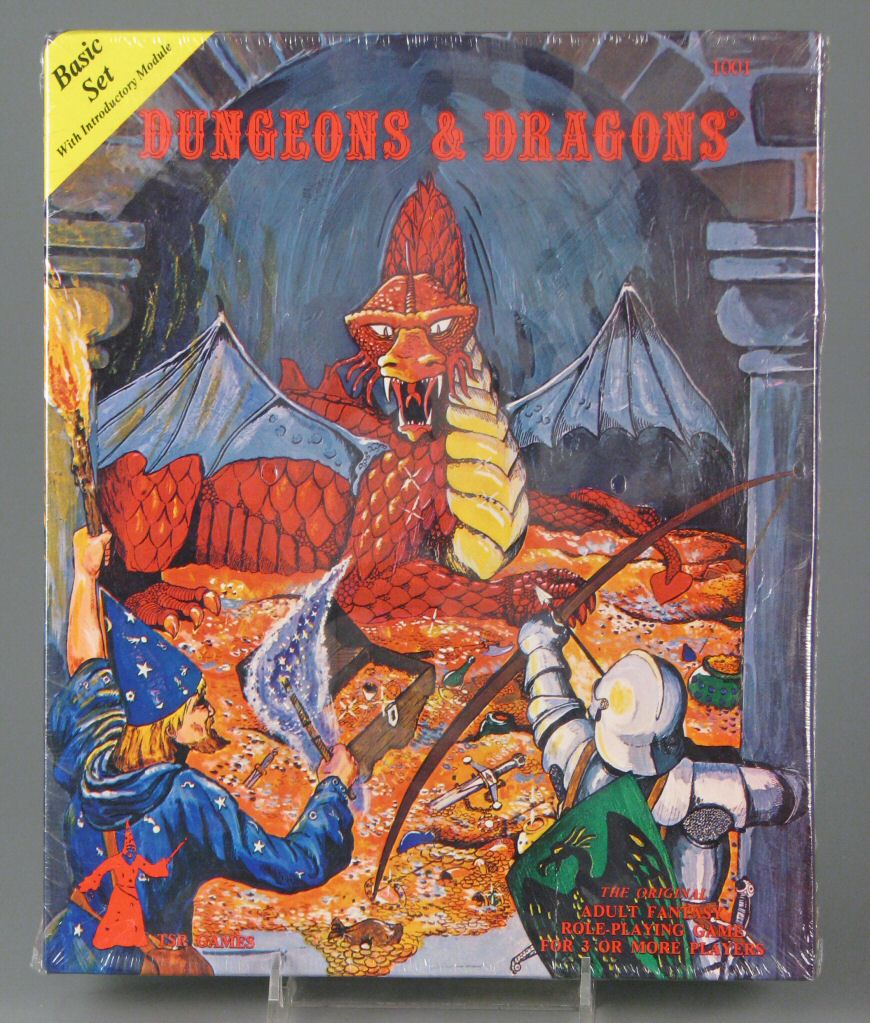 I got my first D&D Basic Box in 1980, but I didn’t actually play until 1986. While in the Air Force, a group of guys in my barracks started a campaign and invited me to play. I was the only female to join, though several of us women folk had been invited along. I played a few sessions, but soon found partying at the Airmen’s Club was more interesting. I’ve played a few sessions of several campaigns over the years, but was always the only female in a campaign. I like being one of the boys, so that was okay. For various reasons, I’d always leave mid-campaign.

Recently, I’ve started playing with my husband and a few friends. And guess what? There are two of us ladies playing in this campaign! No longer am I overwhelmed by the amount of testosterone wafting through the air as we play. Maybe the hormonal balance reaches parity with two of six of us exuding estrogen. On the other hand, I am older and more tolerant of the variations in approaches to handling crises. Or maybe, I just appreciate the various personalities contributing to the campaign. The DM and five of six of us are well in our middle ages, so that may make a difference in how we manage our situations. Whatever the case, I find our play more compelling than I ever did in the past.

Some might claim that the newer editions are friendlier to women. I don’t know that this is the case, but I do know that more and more women of all ages seem to be playing. I suspect that many factors influence the changes in demographics. Tabletop gaming of all kinds has enjoyed a resurgence in the past fifteen years. Gaming is not just for kids anymore. Women of all ages can take a break from their day to day responsibilities and experience the joys of role-playing. Heck, for all I know, there are all female campaigns out there! If anyone knows of one, let me know. And if anyone wants to start one, Underlair is a great place to get going.